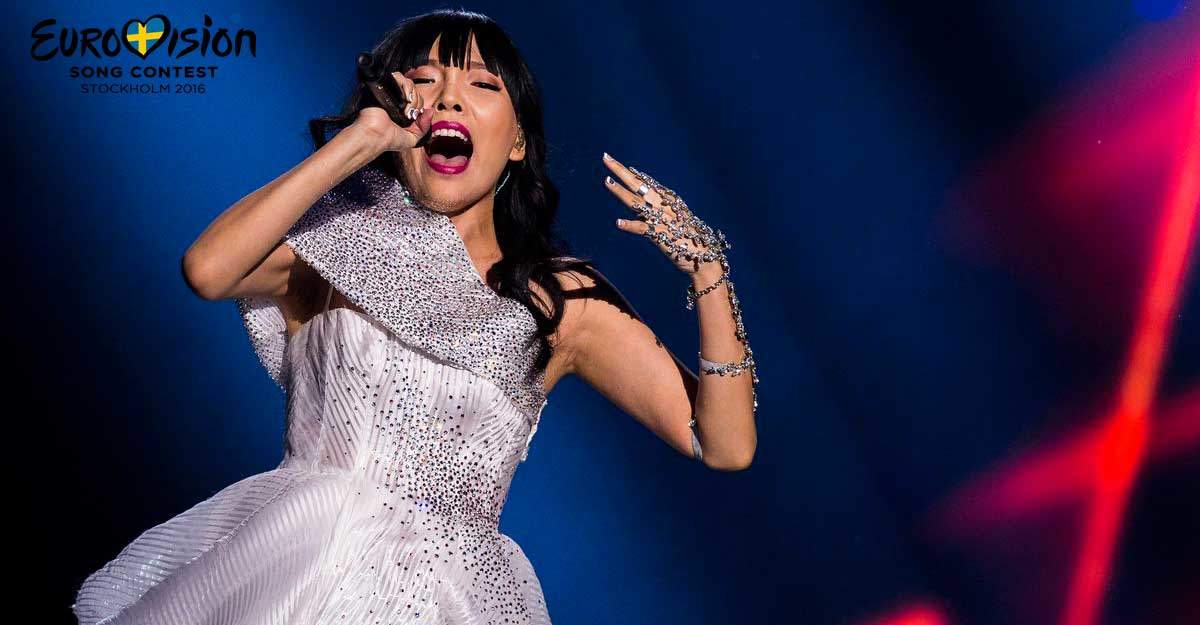 Eurovision has been going strong since the mid-20th century. Each participating country sends their best singer to the competition. They try to not make it about politics, but with around 42 countries competing each year, you never know what may happen. This year, the finals were held in Stockholm, Sweden, and Jamala from Ukraine was the winner. The special guest of the Eurovision awards was Justin Timberlake, who was not competing, but only presenting his newest song to Europe with a live band.

Not only are the singers the best that each country has to offer, there are also some amazing and outlandish costumes to be seen on stage. Many performers had costumes that were encrusted with Swarovski crystals, known for their bright and everlasting sparkling properties.

The female host of the show, Petra Mede , wore a stunning gold dress made with Swarovski crystals. It had long sleeves, and a drooping cowl neck that tapered down her right shoulder, with a split down the front to her ankles. The entire surface of her dress was fully encrusted with small Swarovski crystals. 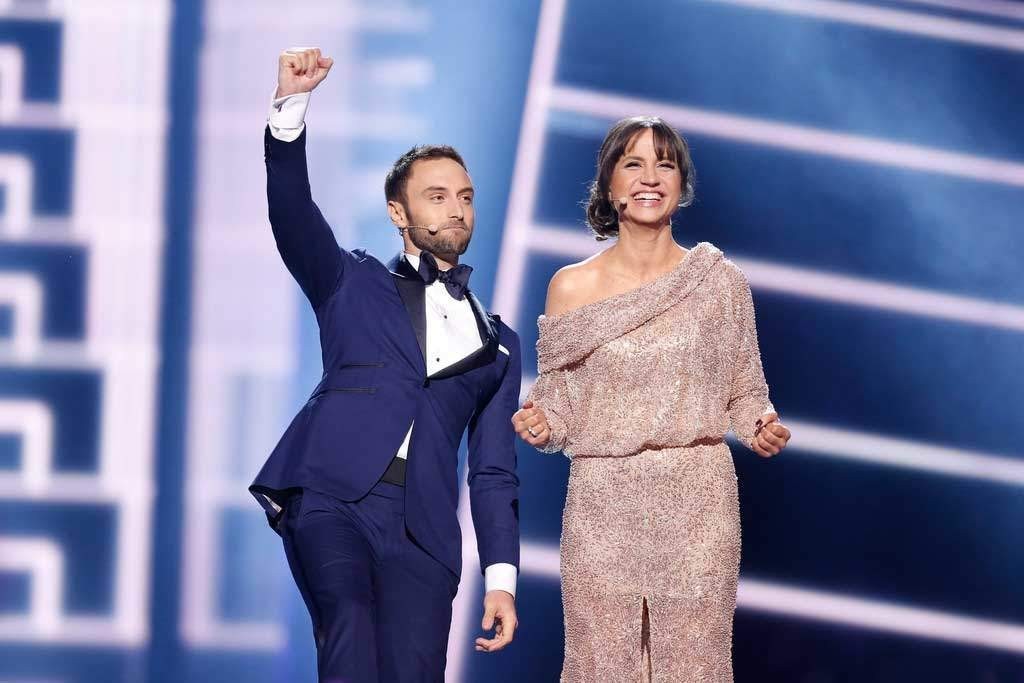 With a stroke of brilliance to allow the performers to sparkle, the opening ceremony costumes didn’t compete, but were made of white paper and they were truly amazing. They turned models into large paper lanterns that resembled everything from panda bears to multi-armed octupi. 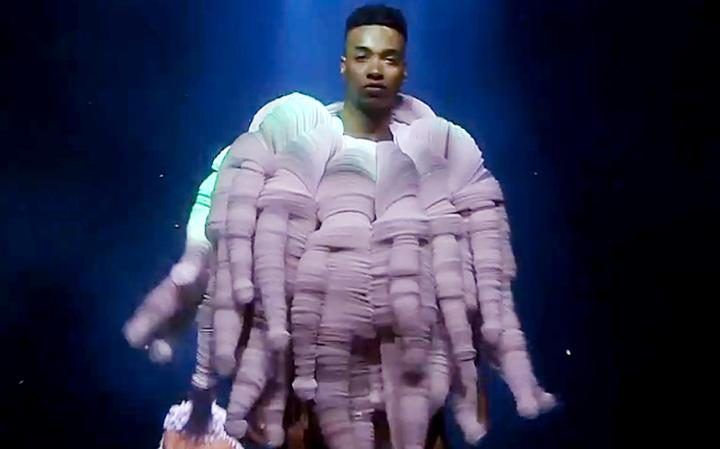 Some of the most notable costumes were presented from countries in Europe.
Hovi Star from Israel had a unique costume which was pure black, and the stage helped to enhance the theme. The performer stood out as a black silhouette against a sparkling crystal night sky. 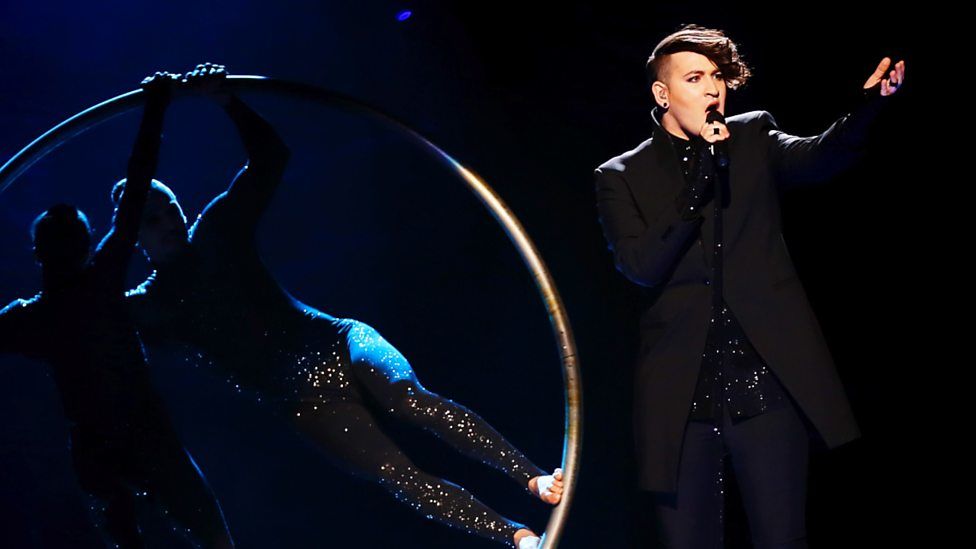 Poli’s costume from Bulgari was a futuristic black and white creation. At first it merely appeared that she had strips of cloth for stockings and sleeves, but during the last chorus, her dress lit up the stage with its many LED lights. 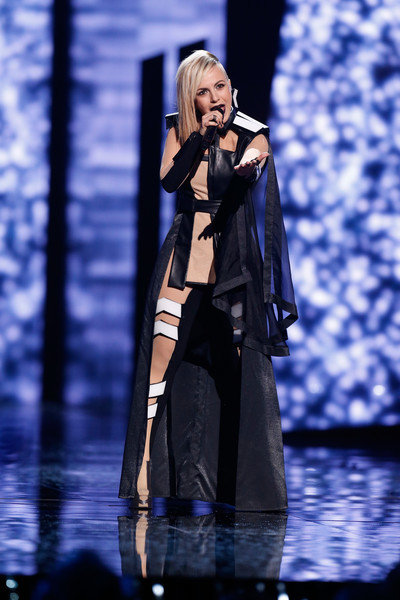 Germany must have had one of the most unusual competitor’s costumes. Jamie-Lee Kriewitch wore a dress reminiscent of Japanese Lolita style, complete with a hat that was covered with tiny colourful toys. Her dress had a short but full circular blue skirt, with the bodice in white with ribbons. 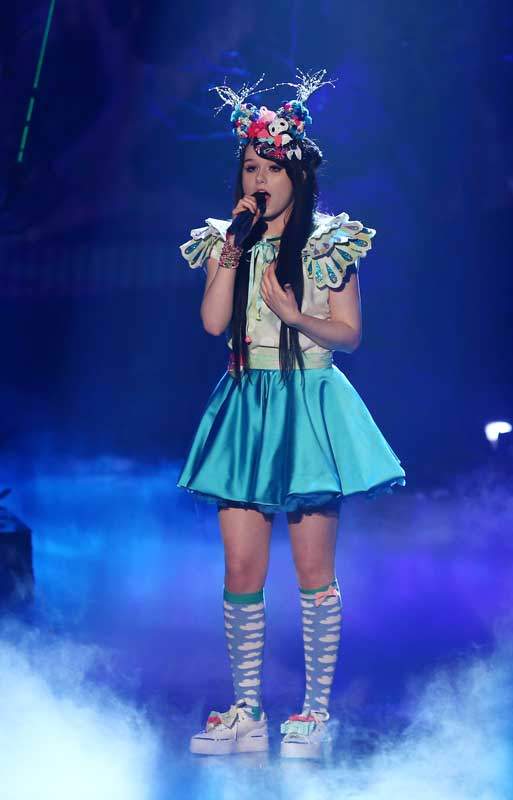 Australia’s Dami Im sung her Sound of Silence entry atop a large black box with sparkling gems, while wearing a knee-length white dress embedded with clear Swarovski crystals. The dress had a short sleeve on one side, open in the front, and no sleeve on the other side. 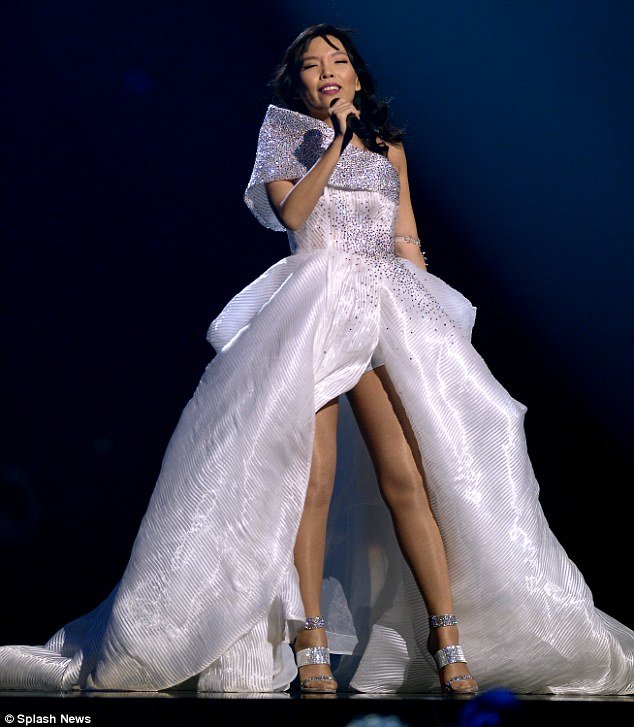 Nina Kralijic represented Croatia and wore an interesting silver and white V-necked gown with a shawl, and a long cascading waterfall of ruffles.

Eurovision is about a lot more than which country has the best singer—the finale is about a full evening of the world’s best superstars, and how they can shine and sparkle in their beautiful costumes.

Get the perfect costume or dress made by Costume Design Plans: https://www.costume-design-plans.com/your-own/costume-references/