Each year the Miss Universe competition is eagerly watched around the world. The main questions asked are: who is wearing what? Who will outdo other costumes? and most of all, who will be crowned Miss Universe 2017?

The winners are tested on a variety of platforms, but the popular national costume display is merely for show. This year costume designs were bold and colourful.

The Venezuelan costume was a flowing blue and white confection bedecked with pearls and a large seahorse sceptre. 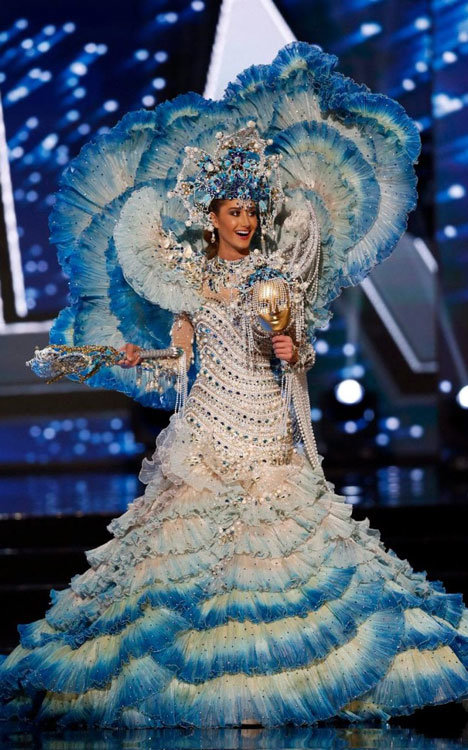 Miss Indonesia chose a golden gown in the theme of a golden bird goddess. 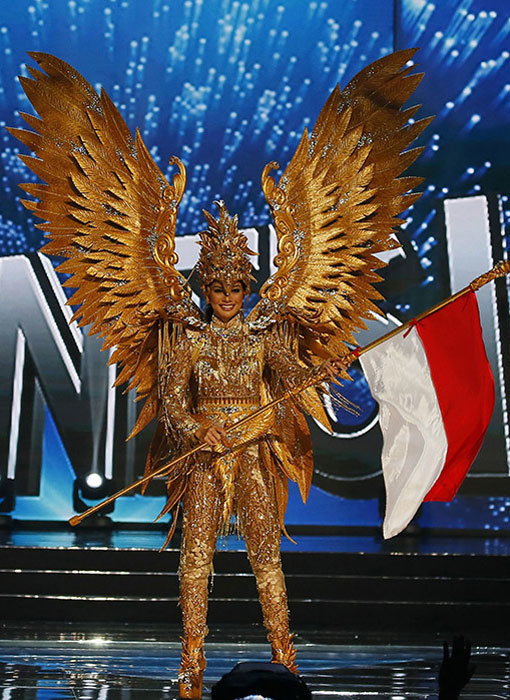 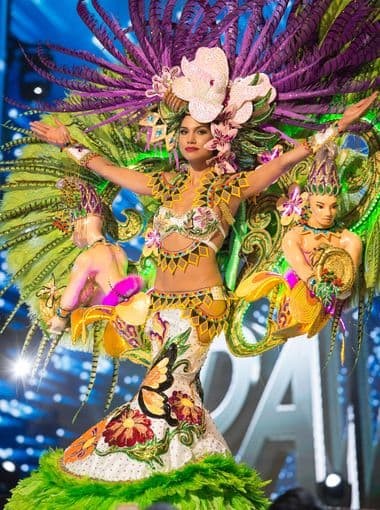 Perhaps some of the most notable of all the costumes were those that had been created with genuine Swarovski crystals. This is due to the crystals being made from glass, rather than plastic, and being durable, with metal foil backings that don’t easily peel off. Each year it’s exciting to see which competitors utilized Swarovski crystals in their costumes.

One notable costume was worn by Cheryl Chou, from Singapore. She wore a colourful costume in pinks, yellows, blues, greens, and golds, with rainbow wings. Her headpiece was designed by Moe Kasim and created to represent a traditional bridal headpiece. This headpiece was topped by Swarovski crystals. 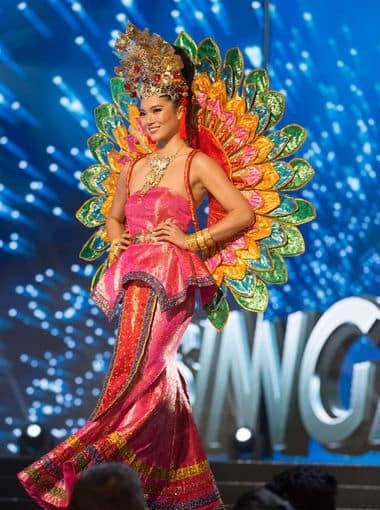 Not to be outdone, Miss Universe Malaysia also chose a sparkly white and light orange jumpsuit bedecked in clear white Swarovski crystals. Her costume represented the Patronas Towers in Malaysia. The two towers pointed up from her shoulders, with futuristic silver shoes. The crystals were arranged in square and arrow patterns around her bodice and legs, with stripes down her arms. Many applauded the direction away from a gown to something akin to a national superhero costume. 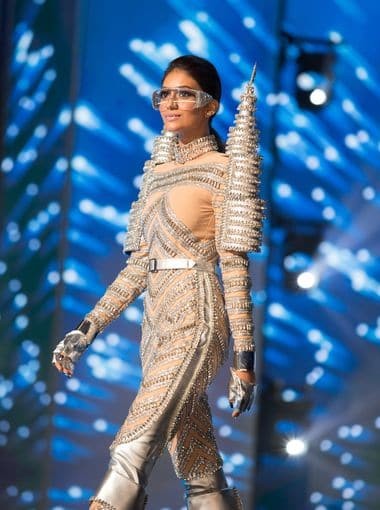 Miss Thailand wore a traditional dress with gold lamé and gems with a long cascading shawl. This costume was intensely scrutinized and labelled the “Jewel of Thailand”. The crystals in this costume were also Swarovski crystals, and the gown was inspired by old film footage of Queen Sirikit. 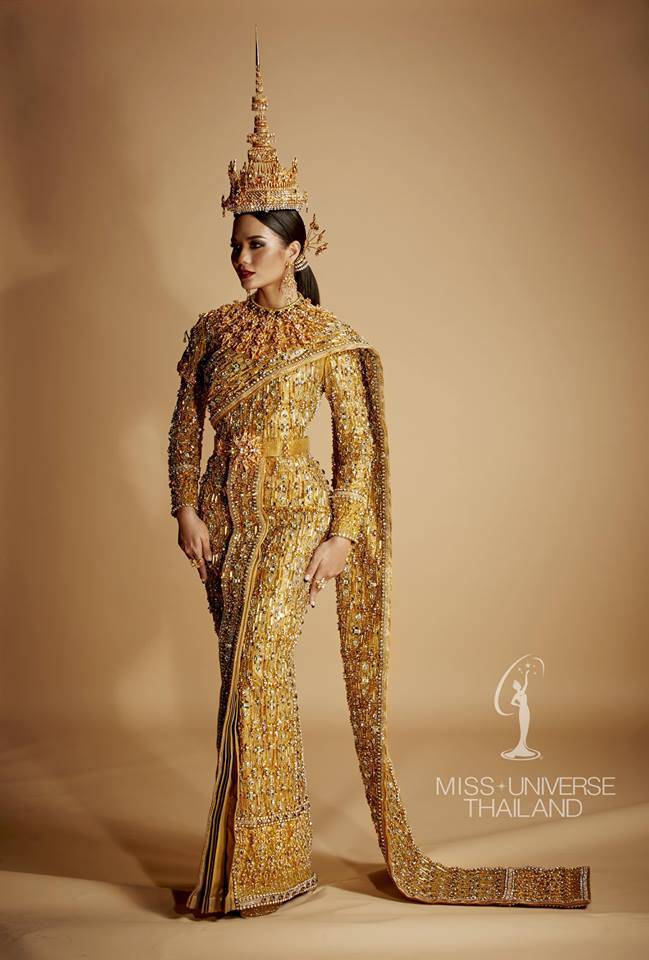 Host Steve Harvey announced the winner on Sunday, January 29th. Miss France, Iris Mittenaere won. She hopes to become a dental surgeon, and won with her amazing national costume in glittering rhinestone gemstone jewellery and red feather boas, much like a showgirl costume. 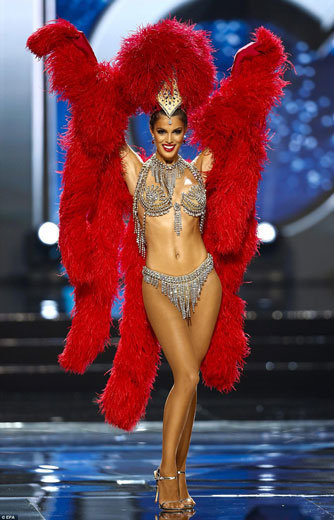 It’s hard to imagine how next year’s candidates will top 2017’s amazing costume designs, but it should be worth the wait.

If you’re in dance or show business and are seeking a show-stopping costume for the stage, or a dance dress for a competition, we’d love to assist you in designing and sewing a masterpiece. Our seamstresses are experienced in the proper installation of Swarovski crystals on fabric. Please contact CDP—Costume Design Plans—today and we’ll take your costume ideas into reality so you outshine and out sparkle the competition. 🙂